Colonel Richard Kemp, from Colchester, who served as the commander of British Forces in Afghanistan in 2003, said the withdrawal of troops is a “message of betrayal” to the Afghan people. Mr Kemp added: “It tells Afghan civilians and Afghan soldiers that their friends are only fair-weather friends and that when the going gets tough,... END_OF_DOCUMENT_TOKEN_TO_BE_REPLACED 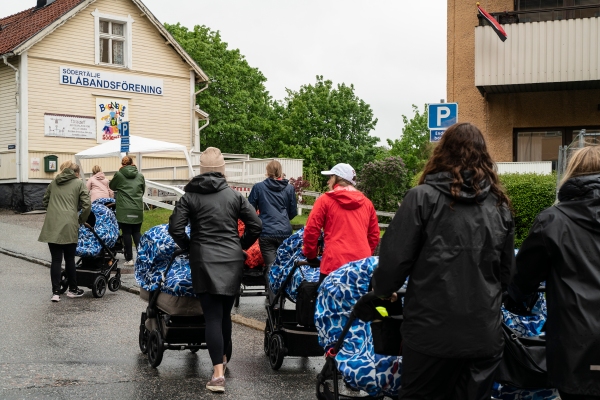 For the past 11 years the Swedish association for Sexual education has organised annual marches with strollers to raise awareness for maternal mortality. The issue has become more current this year following a study published by the Lancet in March showing an increase in maternal mortality in low-income countries for the first time in 30... END_OF_DOCUMENT_TOKEN_TO_BE_REPLACED 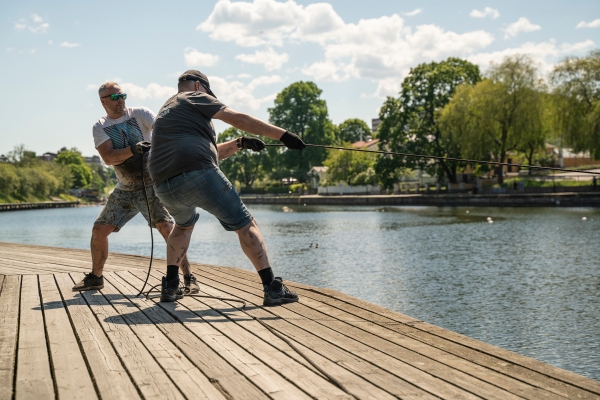 It is a sunny day, and sweat beads form on Jörgen Hallberg and Peter Johansson's faces as they stand bent down over a lake pulling on a rope submerged in the water below. Behind them, onlookers are watching with curiosity and recording the event on their phones. Today the duo who calls themselves ‘The Magnet... END_OF_DOCUMENT_TOKEN_TO_BE_REPLACED 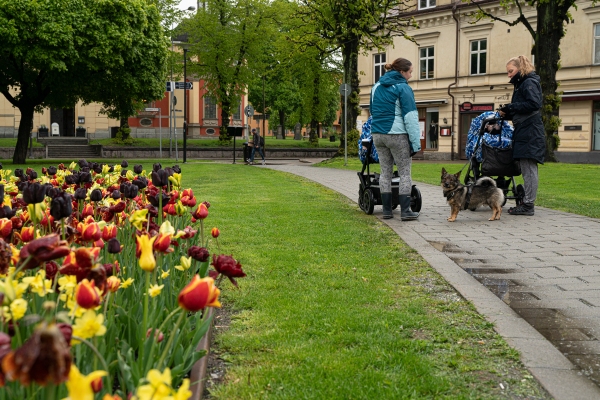 Today the Swedish association for Sexual education (RFSU) has begun their annual march with strollers to raise awareness for maternal mortality, a campaign they have been running for 11 years. The issue has become more current this year, following a study published by the Lancet at the end of March showing an increase for the... END_OF_DOCUMENT_TOKEN_TO_BE_REPLACED

Two days after the attack on a girl’s secondary school in Kabul, Mohammad visits the children and their families at Alijenah hospital in Barchi. The things he sees will forever be imprinted on his mind for as long as he lives. Girls, most of them no older than 15 with missing arms and eyes, and... END_OF_DOCUMENT_TOKEN_TO_BE_REPLACED 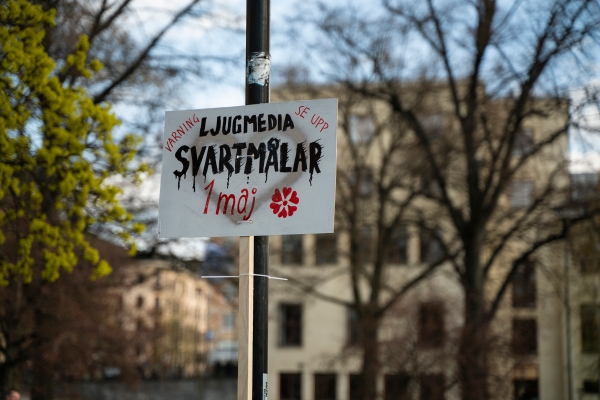 Last month Sweden experienced its first demonstration against covid restrictions when hundreds of protesters gathered in central Stockholm under the banner ‘freedom and truth’.  They sang the national anthem and chanted ‘freedom Sweden’ as onlookers watched in disbelief from across the street.  Many showed up carrying signs with messages such as ‘5G is making Swedes... END_OF_DOCUMENT_TOKEN_TO_BE_REPLACED

It’s a sunny winter's day in January. Alejandro and his younger brother Robin are standing outside their apartment building smoking cigarettes.  Robin is supposed to be at school but their parents are away so he did what many teenage boys do and decided to stay at home playing video games.  As they are standing outside... END_OF_DOCUMENT_TOKEN_TO_BE_REPLACED

All over the world, protesters have taken to the streets as part of a worldwide demonstration against covid restrictions. Even Sweden, which has never had a lockdown saw hundreds of people gather in Stockholm, Gothenburg, and Malmö to protest against the country’s covid restrictions. https://youtu.be/7DpZbIkCzs0

Chaotic scenes unfolded in central Stockholm when hundreds of people gathered to protest against Sweden’s corona restrictions on March 6th. Now more demonstrations are planned with some set to take place this weekend in Stockholm, Malmö, and Gothenburg as part of a worldwide demonstration.  At 1.45pm Citizens Square looked fairly quiet and the only hint... END_OF_DOCUMENT_TOKEN_TO_BE_REPLACED

Does the idea of jumping into an icy lake tempt you? Perhaps not but during the pandemic more people have taken up the practice of submerging themselves into ice-cold water. Some say it makes them feel better but what does it actually do to your body and is it good for you? https://soundcloud.com/user493323435/cold-bathing